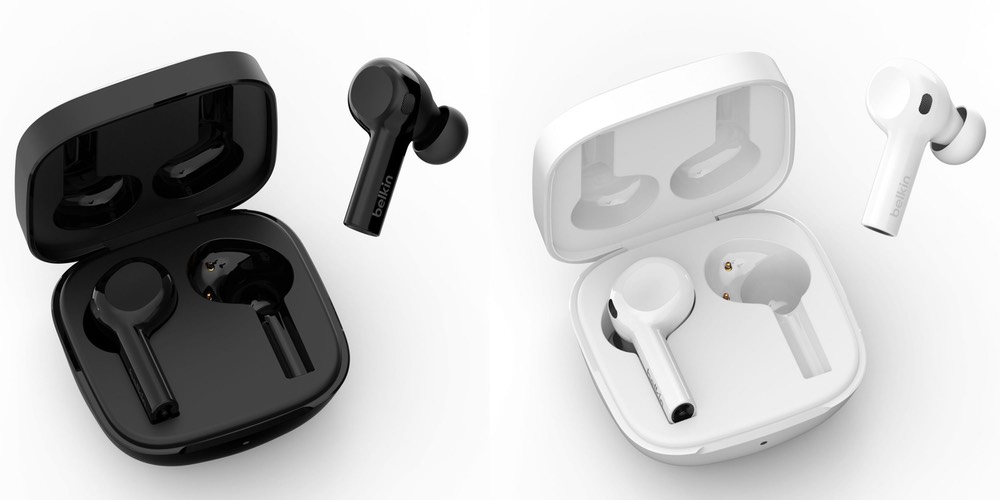 The ongoing CES 2021 virtual event witnessed plenty of launches around the audio segment. We saw several brands like JBL, ZTE, and others bring out new wireless earbuds. The latest company to launch wireless earbuds is Belkin, with the new true wireless earbuds named Soundform Freedom. They bring premium audio to the budget segment and rival Apple’s AirPods.

The Belkin Soundform Freedom earbuds feature the standard stem-like design that we have already seen on plenty of earbuds. The company has beefed up these earbuds’ design with interchangeable ear tips for enhanced fit and sound isolation.

Isolation plays a pivotal role in ensuring premium sound quality. It makes sure that lower notes don’t abru[tly phase-out. The Soundform Freedom earbuds also have an active noise-cancellation feature that should be a big advantage for users who tend to be frequent commuters or flyers.

An IPX5 rating makes these earbuds water-resistant, which means that they are also sweat-resistant and can be used during workouts. The brand claims that the earbuds offer up to 8 hours of continual playback on a single charge, and that can go up to 20 hours if left in the charging case to run complete charge cycles.

Also, users can get a backup of up to 2 hours with just 15 minutes of charging. Belkin has included USB Type-C connectivity here, making these earbuds also compatible with any Qi wireless charger.

Compatible With Apple’s Find My Program

The Soundform Freedom earbuds also work seamlessly with Apple’s Find My program, which allows any iOS user to track them easily. To recall, at the WWDC 2020, Apple revealed that it would make its Find My app open to third-party accessory makers.

The new True Wireless Earbuds are also built with finding capabilities through Apple’s Find My network, an advanced crowdsourced finding network with uncompromising privacy built-in, that will allow customers to use the Find My app to locate them in case they are lost or stolen.

Concerning other details like pricing and availability, Belkin has kept them under wraps for now. But one can expect the company to launch them around April this year and debut in Black and White color options.

What are your thoughts on Belkin Soundform Freedom earbuds? Would you consider them as an Apple AirPod alternative and wait for them to launch in April? Share your thoughts in the comments below.