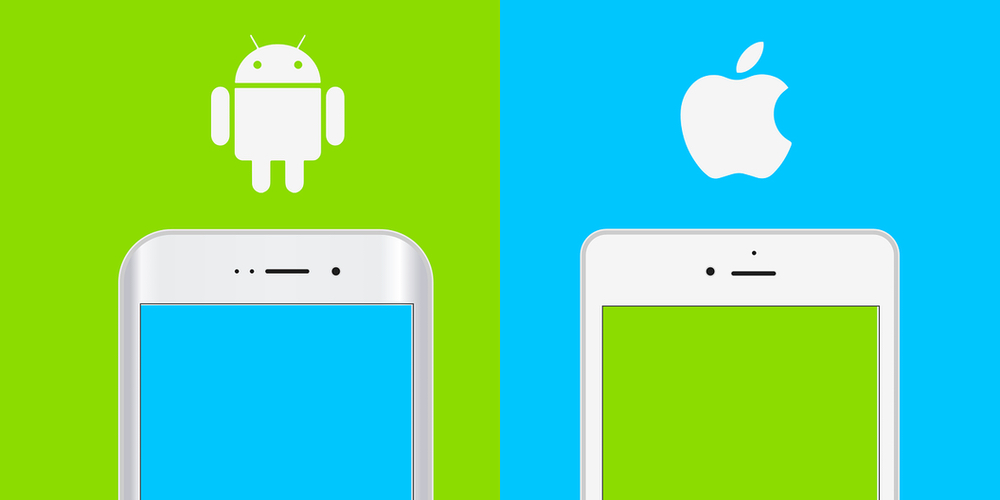 The battle between iOS and Android always starts with security and performance. The security aspect is all about which operating system offers better protection from cybercriminals and is more complex to be attacked. Apple’s iOS has been winning the debate for the past few years. However, with security enhancements and stabler integrations, Android is now eligible for a head-to-head battle against iOS. This article will answer the burning question – Which mobile operating system is more secure, Android or iOS?

With changing times and smartphone technology evolution, consumers are increasingly using most of their go-to services, including banking on their smartphones. This means that their most sensitive information is now available on their smartphones, making it a tempting source to target. And that’s why both Android and iOS had to try a lot harder to keep their ecosystems clean and protected from any potential attack.

So, which operating system is doing a better job in keeping away the hackers and malware? Let’s find out!

As we mentioned initially, iOS had enjoyed a better reputation than Android when it came to the threat level. And that’s because iOS is a closed-source system, unlike Android that is absolutely open-source. Android’s open-source nature makes it accessible to third-party OEMs like Samsung, OnePlus, and others, while iOS remains confined to the world of Apple.

The difference is that it is easier for Apple to keep its network clean since it is the only one with access to the source code. Unlike Android, whose source code can be accessed by every Android smartphone manufacturer and hence by any hacker. The closed nature of iOS makes it harder for hackers to detect any vulnerabilities.

Android’s open-source functionality also allows its device users to play around and install third-party apps and services easily. With too much flexibility and openness, Android users often install apps with malicious content and bugs that end up compromising their device’s security.

iOS users don’t have that kind of freedom. They can’t install any app from anywhere outside the App Store ecosystem. This restriction acts as a security blanket for iOS users.

Another point of concern for Android comes in manufacturers who often overlay the OS with their custom UI like Samsung does with OneUI. The custom overlay often results in vulnerabilities added to the device’s source code, which leads to exploitation by hackers. On the other hand, Apple does not allow any OEM to access its OS. Only Apple gets to make devices running iOS operating system.

Another issue comes in the form of popularity for Android. As known, popularity brings attention, and that’s what Android ends up getting from hackers too. For cybercriminals, Android OS shall always remain more worthy of targeting as it promises a higher user base and more ways to get in.

However, this does not mean that iOS is holier than Android! Apple also has some demons hiding under its veil of security. We will find out in the next sections.

Continual security updates keep any OS up-to-date and better guarded against vulnerabilities and attacks. It is easier for Apple to come up with new updates and distribute them seamlessly across its fleet of devices. Especially when there is a new cyber threat, it is easier for Apple to push a quick update and protect its devices.

Apple exercises full control over its ecosystem, and since all the devices are manufactured by it, there is never a shortcoming or an unprecedented delay. This also allows Apple to extend regular updates to its devices for up to 5 years.

Now, this is where the nightmare begins for Android. Since there are so many OEMs and devices, it is often hard to keep track of updates and ensure proper execution. Google does it seamlessly for its Pixel phones; however, it can’t be controlled for Android phones by other OEMs.

More often than not, only reliable OEMs like Samsung, OnePlus, Huawei, and the likes ensure proper security updates for their devices. Most of these manufacturers promise up to 2 years of constant updates.

Companies like Cellebrite and Greyshift have been providing hacking solutions for iPhones to authorities like the FBI. In one of the reports citing Rex Kiser from the Fort Worth Police Department, Android phones are now harder to get into than iPhones. In a statement, Kiser said, “Right now, we’re getting into iPhones. A year ago, we couldn’t get into iPhones, but we could get into all the Androids. Now we can’t get into a lot of the Androids.”

It’s too early to say whether Android phones from major OEMs or iPhones will stay ahead in the privacy race. However, since privacy and security are very much part of Apple’s brand, any data leaks – which ultimately means a failure to prevent identity theft – strike home harder for the Cupertino company.

Although this means that iPhones can also be hacked, it would require a lot more time and resources for hackers to get into it. And general hackers cannot afford that kind of resource or even get access to such tools. However, big hackers may be able to get it.

iOS vs. Android: The Final Verdict

Between Android and iOS, it is quite clear from the above explanations that Android faces many more challenges than iOS when it comes to protecting itself against malware attacks. And all of this is due to its open-source nature. If Apple’s iOS had the same open-source nature, it would also be battling similar issues.

The closed nature of iOS safeguards it against many attacks and makes it a less tempting target for hackers.

Android has come a long way, and Google’s constant efforts may pay off shortly, but until then, Apple shall continue to enjoy its upper hand when it comes to the ecosystem’s security.

Only the latest and premium Android phones can match with iPhone’s level of security. But that would only make for a minimum share of total Android devices on the market.

What’s your take on Android vs. iOS? Do you think we missed out on any major point? Let us know in the comments below!