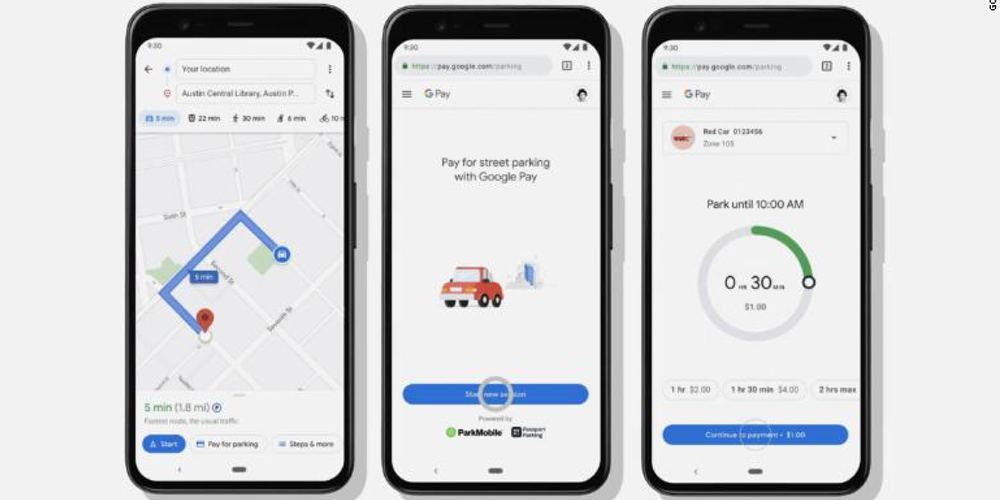 Google is on a mission to make our lives easier with its most-used navigating service, the Google Maps. In its latest development, Google has now included a service that lets you pay for your transit rides or parking tickets in Google Maps. With this new feature, Google has just made the life of commuters easier and faster.

The tech giant has been rolling an update for Google Maps on Android for now, and it should soon debut on the iOS version of the app. Users will no longer need to use any third-party payment app or use a transit card to pay for their commute.

For bringing this new feature to Google Maps, Google has partnered with Passport and ParkMobile. With the collaborations, users can now use the payment feature in more than 400 cities in the US, including New York City, Los Angeles, Boston, and more.

How Will It Work In Google Maps?

You must be thinking about how this feature works in Google Maps, right? Well, it has pretty easy functionality. Google Maps sends a payment prompt to users when they reach their destination to make the online payment. For parking tickets, users will have to specify the duration they intend to park their vehicle at the spot, and they can also make further edits to the time as per their requirements.

The best part of the feature is that it completely takes away the requirement to make any physical payment at the spot or to even touch the parking meter for receipts. During a pandemic outbreak, it was an essential feature that we needed, and it’s great that Google rolled it out.

The feature works similarly on public transit, too, i.e., making the payment process completely intangible. Another nifty functionality is that you can make advance payments for your rides using your credit/debit card or any other payment method supported by Google, like Google Pay. As per Google, in San Francisco, users can even get a virtual mass transit card that users can use at a tap-and-ride terminal or even show it to an authority.

Rolling Out Worldwide In Coming Weeks

Google says that the transit payment option will soon roll out to Android users via 80 transit authorities worldwide and in the “coming weeks.”

To recall, the parking and transit features were already available in Google Maps without the payment option. The existing features enabled users to navigate and find parking spots at any location. Similarly, the transit feature helped in finding transit routes and services across a city. Both these features were convenient for travelers.

What’s your take on the payment option in Google Maps? Would you be shifting to virtual payments for parking and transit? Share your thoughts with us in the comments below.