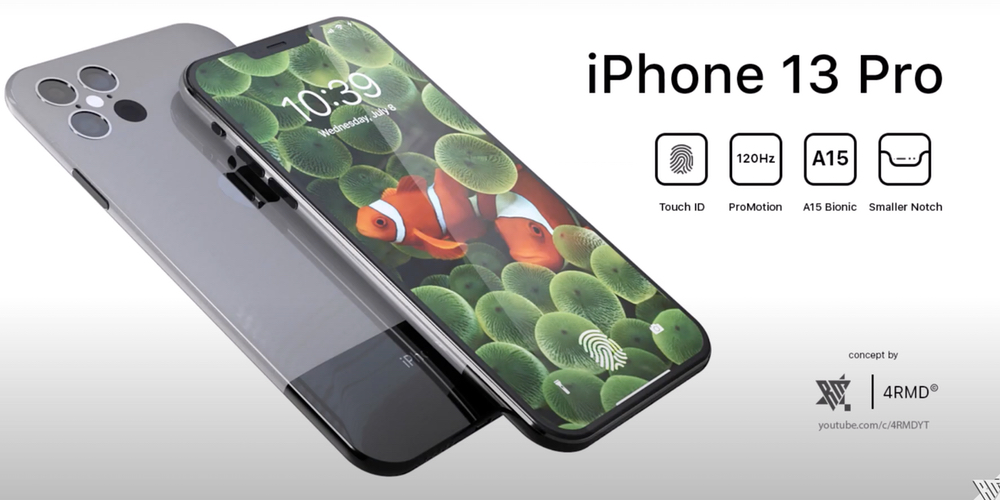 The next big release by Apple will come in the form of the iPhone 13, and we all are eagerly waiting to see the flagship in all its glory. Of course, the official release is still a bit far, but a new concept leak for the phone has brought all our expectations to life. Before this, there have been several leaks suggesting what Apple could introduce with its next flagship. But all the leaks were all talk and no show. With this new leak, we see the concept coming to life with a slew of details.

The concept iPhone 13 has not just been released in images; we also get a video that shows the phone from different angles. The design of the concept phone falls pretty close to the standards of Apple. It makes us wonder if the official iPhone 13 ends up looking anything like the concept phone. The concept iPhone is clearly inspired by the iPhone 12. It takes the base from there and builds upon it with all the ideas of a futuristic device.

Here’s what the caption of the concept iPhone 13 video reads:

As per the video, the iPhone 13 could also feature a 120Hz refresh rate with always-on support. You will find many other details in the video below:

The quality of concept renders shows that the designers spent a substantial amount of time bringing the sophisticated design to life. The video also suggests that the upcoming iPhone 13 could come without any port and support MagSafe wireless charging. It is not a shocker because Apple can take a drastic step, as it has done previously, by not including the charger in the box.

Furthermore, we can also see that the device in the concept video looks a bit thicker than iPhone 12. It also shows that the phone could debut in Black, Rose Gold, Midnight Green, Navy Blue, Product (RED), and Gold color options.