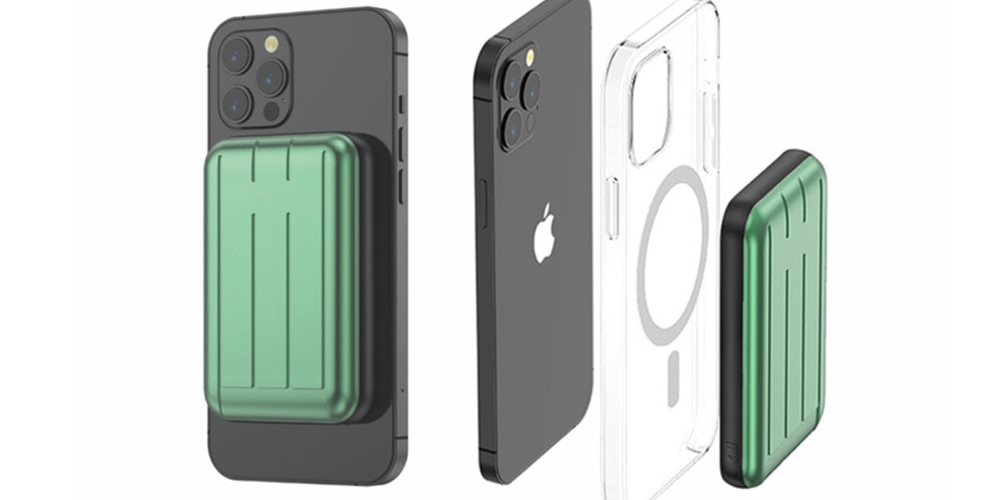 Apple’s iOS 14.5 beta 2 updates tagged along with revelations of sorts. The most exciting information has been found in the iOS 14.5 beta 2 code about a MagSafe power bank that the company is possibly working on. The Cupertino giant seems to be working hard to enhance battery efficiency on its iPhone 12 lineup, and that’s why it is planning to launch a MagSafe smart power bank.

As per the tweet by Steve Moser, Apple’s MagSafe smart power bank could magnetically attach to iPhone 12. It boasts intelligent features that help conserve power at 90% on the iPhone to sustain battery efficiency.

This is a pretty significant development for Apple iPhone 12 owners as they will soon have a company-made power bank to help with battery power. Previously, Apple released smart battery cases for iPhones, and now that we know its current development plans for a power bank, we are excited!

From a value and usage perspective, too, the MagSafe power banks make a lot of sense. Imagine having a seamless functionality of simply attaching a power bank to the back of your iPhone whenever you need extra battery juice. The magnetically attaching feature makes the MagSafe charger stand out already. And we think it is something that a whole lot of iPhone 12 users would willingly sign-up for.

We Have Got Some Burning Questions…

While we are excited much, some lingering questions are already making their way to our heads. We know that wired power bank charging is more efficient than wireless charging for starters, so would Apple bring an upgrade in the tech to make its MagSafe power bank charge iPhone 12 as fast as a wired charger?

Another point of concern is that wireless charging also tends to heat up the device, so would Apple also solve that issue with its MagSafe power bank? We have a slew of such questions brewing, and we have no option other than waiting for an official product release or a press note by Apple.

Concerning the expected release timeline for a MagSafe smart power bank, rumor has it that Apple could be organizing a micro event in March 2021 to launch new products alongside a new iPad Pro. We may likely get to see a MagSafe power bank’s official unveiling at the same event.

Are you excited about a MagSafe power bank for iPhone 12? Would you be willing to spend extra moolah on buying a charging accessory from Apple? Please share your thoughts with us in the comments below.

Stay tuned with us to know more!

In the meantime, you can check out the video below to gauge how third-party power cases work on the iPhone 12 and some more information about the power bank in works.