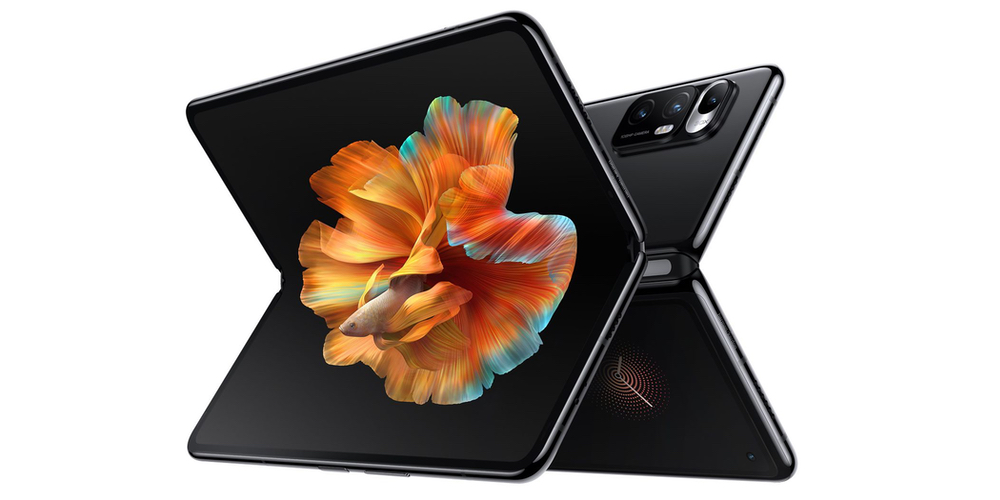 For a long time, there have been rumors around Xiaomi working on its first foldable phone, and today the company put them all to rest with the Mi Mix Fold. Xiaomi has finally entered the ‘foldable’ scene with its latest smartphone that looks like a cheaper alternative to Samsung’s Galaxy Fold. Xiaomi launched the device at a virtual event today that was also live-streamed.

The Mi Mix Fold seems heavily inspired by the Galaxy Fold when it comes to design and form-factor. The phone comes with an in-folding design featuring an 8.01-inch OLED primary screen (when unfolded) with a 60Hz refresh rate, HDR 10+, and Dolby Vision. The phone has a secondary 6.52-inch 90Hz OLED display (when folded) with HDR10+. There is Gorilla Glass 5 protection on the rear and a side-mounted fingerprint scanner. On the software front, the phone runs Android 10-based MIUI 12 out-of-the-box.

When unfolded, the phone also features a punch-hole cutout that houses the front camera. Xiaomi claims that the main screen can fold and unfold for up to 1 million times.

Under the hood, a Snapdragon 888 chipset powers the Mi Mix Fold with up to 16GB of RAM and up to 512GB of storage. The phone packs two sets of batteries that make for 5,020mAh battery power together. It supports 67W of charging power that’s claimed to charge the phone in just 37 minutes.

Interestingly, Xiaomi is also offering PC mode with the Mi Mix Fold smartphone. Users will be able to access it with a single swipe, and it will show them a desktop-like UI on the unfolded screen. Under this model, it will be easier to navigate on the big screen. For now, it remains unclear whether this feature could also double as the Samsung DeX feature, as seen on Samsung flagships.

As excited as we are to try it in our country, Xiaomi has confirmed in reply to AndroidAuthority that the Mi Mix Fld won’t be launched outside China. A Xiaomi representative confirmed that the latest foldable “won’t be coming to global markets.”