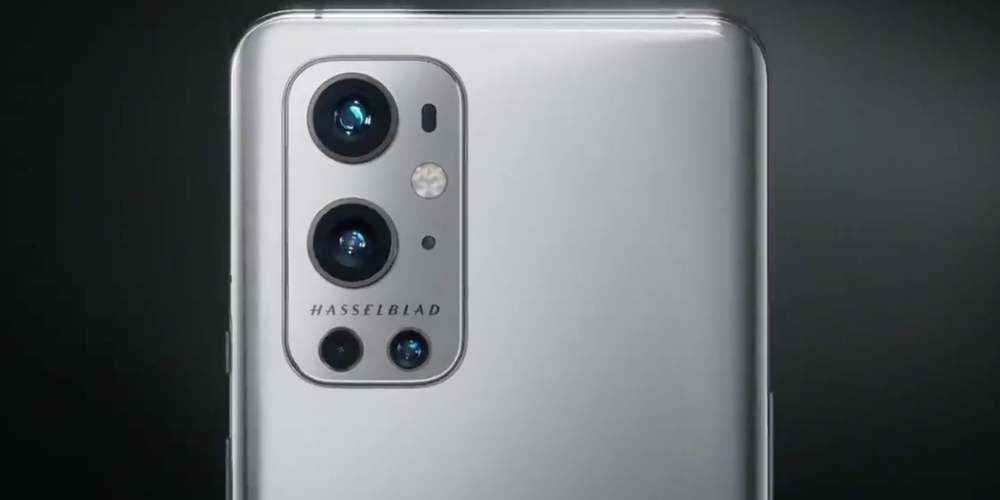 Amid an avalanche of rumors and leaks about the OnePlus 9 series, the company just went ahead and revealed the first look of the OnePlus 9 Pro. The upcoming flagship is now officially confirmed to feature a partnership with a known photography company, Hasselblad.

OnePlus took to Twitter for revealing the OnePlus 9 Pro in all its glory through a short video. One can visibly see Hasselblad branding on the rear panel taking a decent space on the camera bump. Hasselblad is one of the most prominent photography companies. It is known for its advanced camera systems. It would be interesting to see how OnePlus reaps the benefits of Hasselblad’s next-level camera tech.

Color us not surprised as the OnePlus 9 Pro looks pretty similar to the leaked photos from weeks ago. In the video, one could see the prominence of the moon boasting Hasselblad’s alluring connection to the Apollo 11 moon landing lunar mission in 1969. The legendary shots from the mission were captured on Hasselblad equipment.

OnePlus is proudly promoting its partnership with Hasselblad, and the company believes that it shall help make the OnePlus 9 series a success.

In addition to revealing the OnePlus 9 Pro on Twitter, OnePlus also confirmed the launch date for the upcoming flagship series. The OnePlus 9 series will officially debut on March 23, 2021. OnePlus fans can livestream the launch event at 10:00 AM ET. Save the date and clear your schedule if you don’t want to miss the event. You can watch it here.

The OnePlus 9 series is expected to come with a custom Sony IMX789 sensor. It would be the largest primary camera sensor to ever feature on an OnePlus smartphone. The sophisticated sensor would gear the OnePlus 9 to capture 12-bit RAW shooting and recording 8K videos at 30fps and 4K videos at 120fps.

The OnePlus 9 series is expected to come with a custom Sony IMX789 sensor. It would be the largest primary camera sensor to ever feature on an OnePlus smartphone. The sophisticated sensor would gear the OnePlus 9 to capture 12-bit RAW shooting and recording 8K videos at 30fps and 4K videos at 120fps.

We also expect to see Natural Color Calibration functionality with Hasselblad. It will add more color accuracy to captured videos and images. OnePlus claimed that this feature was the “the most technically challenging” one to bring to the latest flagship.

OnePlus is also co-developing an experience called Hasselblad Camera for Mobile that we would get to see on the next set of flagships from the brand, not the OnePlus 9 series, but the ones that shall debut after it. OnePlus will also be investing around $150 million on the camera tech and other features to armor its next set of flagships.

Will OnePlus 9 Come With Charger In The Box?

One of the most controversial smartphone trends, effectively started by Apple, is the missing charger. With iPhone 12, Apple set a new trend that required buyers to purchase the device’s charger separately.

This move by Apple was heavily criticized by the tech community, users, rival brands, and others. But soon after, Samsung and Xiaomi followed the trend, and now one of the biggest questions for OnePlus is whether it would follow the trend or stand tall on its service to users.

OnePlus’s CEO Pete Lau recently replied to a comment on the company’s official forum confirming that the OnePlus 9 series shall debut with a charger in-the-box. The company will bundle a Warp Charger with its upcoming flagship series. We expect a 65W charging adapter in-the-box.

It’s a good move by OnePlus and may even attract more buyers who are unwilling to pay other brands for a charging adapter.