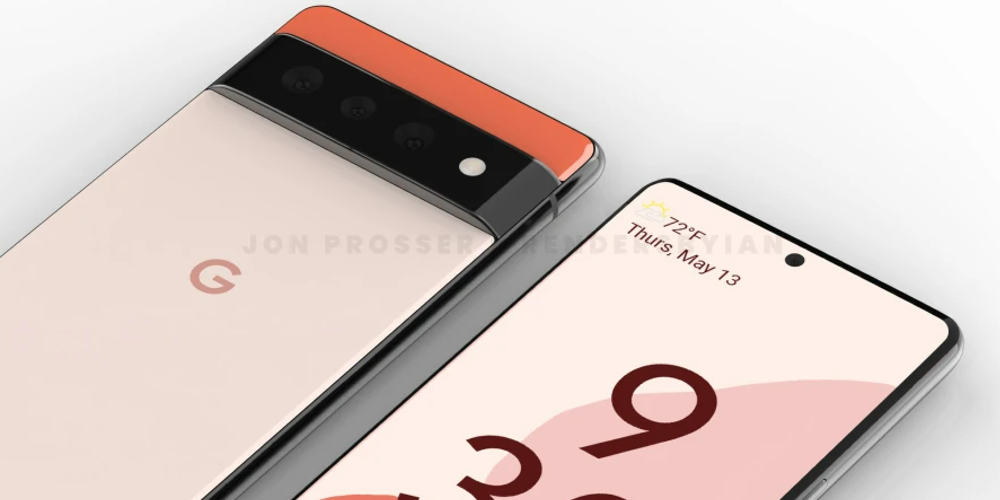 Google I/O 2021 is around the corner, and among many anticipated launches, the biggest one is the launch of shiny new Pixel phones. However, as the leak streak goes on Pixel phones, we have some high-resolution and seemingly legit photos of the Pixel 6 and Pixel 6 Pro ahead of the launch. And boy, are we psyched? Yes!

The Pixel 6 and Pixel 6 Pro have a lot rooting for them. They are expected to be the first phones to come powered by Google’s proprietory chipset that should match the power of Apple’s own M-series and A-series chipsets. In stark contrast to last year when Google skipped delivering a Pixel phone with a flagship and homegrown chipset, this time, Google is serious about bringing out a premium phone with all the glitz and prowess.

As per the latest report by Jon Prosser and Front Page Tech, and the renders of the Pixel 6 and Pixel 6 Pro shared by them leave no stone unturned. We think that the “Pro” model should be the more premium model while the Pixel 6 could cater to the affordable segment. As excited as we are about these leaks, here’s a word of caution, take all the information with a pinch of salt until Google makes the official announcement.

Now, take a look at these beautiful Pixel 6 and Pixel 6 Pro renders:

As one can gauge from these renders, both phones have got a triple-tone design. Camera bumps go all the way across the rear from edge to edge, encased in black glass. Below these bumps, we see dual color schemes overlayed onto what seems to be glass.

The Pixel 6 features a dual-lens camera setup, while the Pixel 6 Pro packs a triple-lens setup. Interestingly, the Pixel 6 Pro could be the first Google phone to feature a triple camera setup on the rear. We expect this setup to have a primary lens, an ultra-wide lens, and a telephoto lens. This is what we expect, but any of the leak sources have claimed nothing of it.

The front design of the phones shows a cutout that seemingly houses a selfie camera. We also think that this time Google has gone solely for an in-display fingerprint sensor, leaving the face unlock feature to the older models.

One of the render images also shows a smartwatch. This image was earlier shared by Jon Prosser, which he claims to be a Pixel Watch. One of the renders shared by Prosser in the past was based on alleged source leaks of the plausible Pixel Watch, but these were just some leaked images and based on CAD files.

Of course, we would be double excited to get a Pixel Watch, but as of now, we are keeping our expectations a bit on the side. We are quite skeptical about the watch. As we stated earlier, take everything with a pinch of salt.

We will get to know the real story at Google I/O 2021, so stay tuned with us to get every information as it happens. The 3-days event starts on May 18.