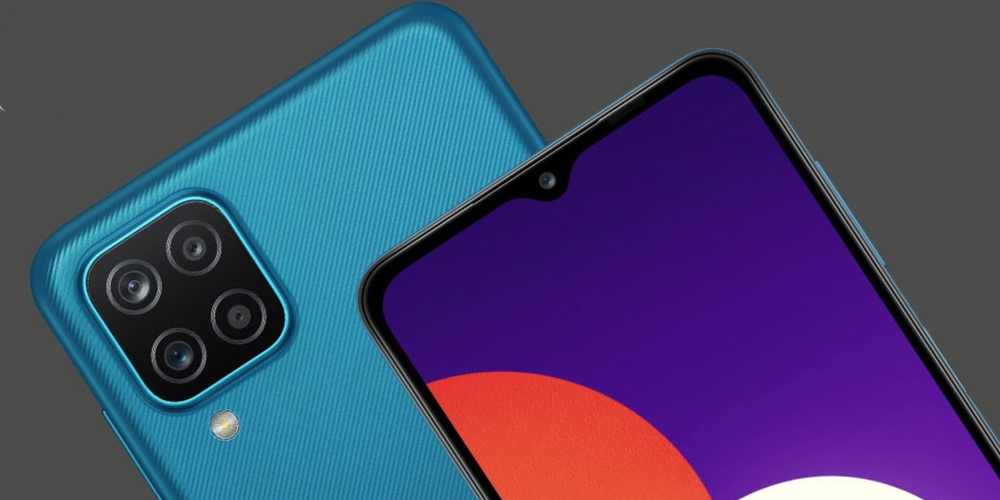 Samsung has been broadening its horizons in every price segment. The South Korean giant has quite a big spread of devices catering to budget, mid-range, and flagship segments. Samsung today launched another entry-level phone in the Galaxy-M series, the Galaxy M12. This phone seems to be a game-changer as it features a 90Hz display.

The Galaxy-M series by Samsung is aimed at young buyers who want the best at an affordable price. The Galaxy M12 has debuted in India for INR 10,999 (approx. $150). This budget phone brings a large screen with a 90Hz display, a massive battery, and decent hardware.

The Galaxy M12 boasts a 6.5-inch Infinity-V LCD screen with a refresh rate of 90Hz. With that high refresh rate, the phone gets a big battery to support it seamlessly. A massive 6,000mAh battery backs the smartphone with 15W charging.

With an impressive screen and big battery, the Galaxy M12 rivals Xiaomi’s Redmi Note 10 smartphone, which seems to lag with a smaller battery and lower refresh rate.

An 8nm Exynos 850 chipset powers the smartphone, it is the same chipset that we have earlier seen on some of Samsung’s A-series smartphones, and it also seems to be powering the upcoming Galaxy XCover 5. Now, this is the segment wherein Xiaomi’s Redmi Note 10 wins over the Galaxy M12. It comes powered by a Snapdragon 678 chipset, which is more powerful than the two years old Exynos 850.

It’s a proven fact, Qualcomm chipsets perform better than Samsung’s homegrown Exynos chipsets. So, even though the Exynos 850 chipset is based on 11nm manufacturing, it is still less powerful than Snapdragon 678.

In the camera department, the budget Samsung phone sports a 48MP+5MP+2MP+2MP quad-camera setup on the rear and an 8MP selfie shooter.

Samsung has not revealed whether it will be launching the Galaxy M12 in regions outside India. But when it does, this phone could be a welcome addition to the current lineup of decent budget phones on the market.

What’s your take on Samsung’s latest budget offering? Would you choose this phone over Xiaomi’s Redmi Note 10? Share your thoughts in the comments.