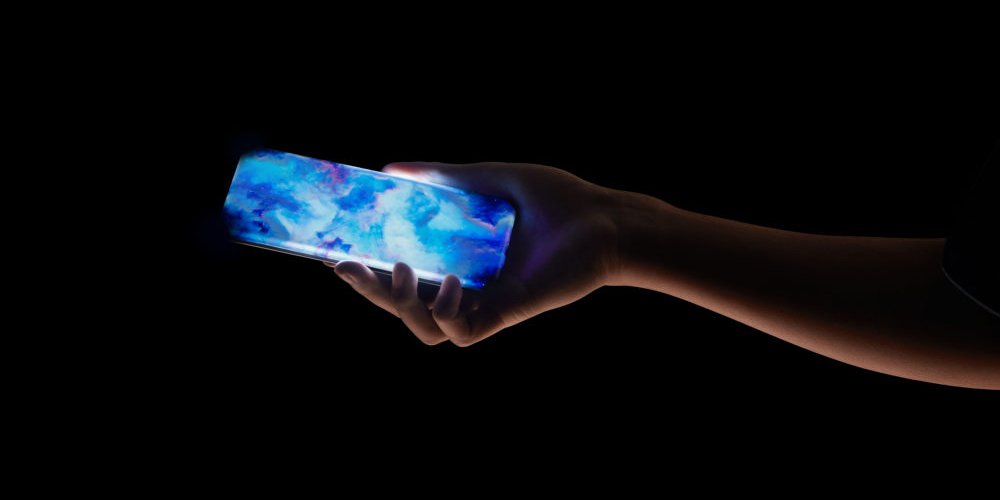 Xiaomi is known for coming out with top-of-the-line ideas regarding smartphone concepts with advanced display technologies. And the company is at it again! Xiaomi has announced a new concept phone with an insane four-sided waterfall display that flows through the smartphone like a waterfall. The concept phone has no ports and is an absolute phenomenon to look at.

It reminds us of the days when Xiaomi first launched its edge-to-edge display with the Mi Mix smartphone. This time around, Xiaomi is taking its lucky shot at a four-sided waterfall display that has no room for any button or ports, basically no openings. Xiaomi calls it the new “Quad-curved Waterfall Display” that obtains an 88-degree curve on all four sides of the smartphone, and thus makes the devices absolutely bezel-less.

Xiaomi has used homegrown glass processing equipment to create a vivid display for the concept phone. The company has used a hot-bending method under 800-degree heat with four separate polishing tools paired with over ten intricate polishing procedures. To achieve the flawless design and functionality of the concept phone, Xiaomi claims to have made around 46 technical patents.

Notably, Xiaomi’s concept phone features a third-generation camera technology that goes under-display as there is no room for placing the rear or front camera anywhere else, not even a pop-up camera. Similarly, Xiaomi adapted advanced tech for some port-based functions like charging, SIM tray, and more. The concept phone goes for wireless charging and eSIM functionality, and even touch pressure-sensitive sensors.

The concept phone by Xiaomi bears an uncanny resemblance with Vivo’s Apex concept phone, which was the first phone to debut with a portless design in 2019. However, one of the visible difference on both the phones is that Xiaomi’s concept phone has curves at the top and bottom while Vivo’s concept phone is curved at the left and right edges.

Design Takes The Cake, But Is It Useful?

Alright, we are in love with the design. It looks truly futuristic! But there remains one lingering question – will this design work in a real-world setting? Well, the answer to it is quite ambiguous for now.

From a practical point of view, we also think that consumers are not ready for a portless phone and the durability factor of the waterfall display is highly debatable. We believe that waterfall displays are prone to severe damages when they fall. Also, pressure-sensitive sensors could lead to a lot of accidental actions not intended by users.

What’s your take on the waterfall display concept phone by Xiaomi? Would you spend a hefty amount on a seemingly delicate device like that? Please share your thoughts with us in the comments below.