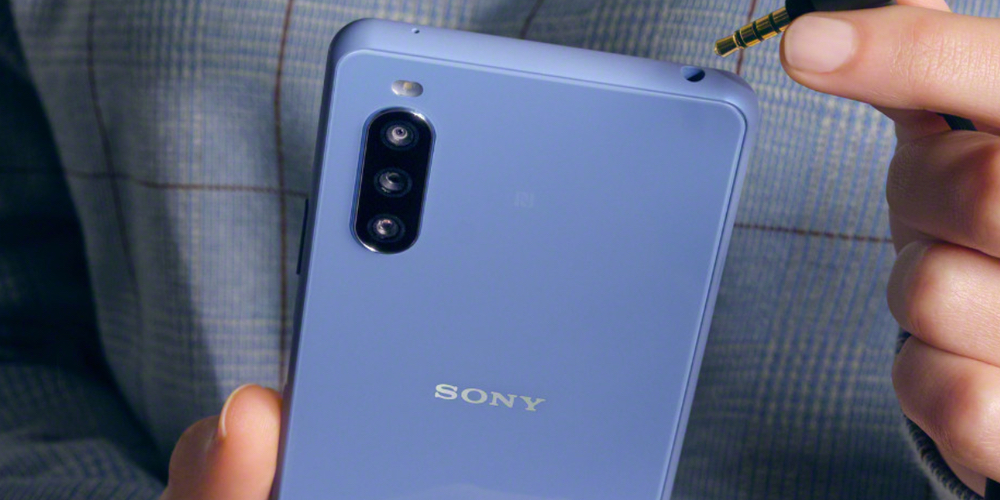 After pulling out from markets like India, Sony’s smartphone business did not call it quits. The company is still active in Europe and the US. In its latest proof of being an active smartphone brand, Sony has launched the Xperia 10 III. It is the successor to the Xperia 10 II from last year. The latest phone is meant for the mid-range segment.

The mid-ranger sports a triple camera setup with a telephoto lens. The Xperia 10 III is an upgrade over Sony’s previous offerings. The new smartphone comes with notable specs such as a Snapdragon 690 5G chipset and an OLED screen.

The Xperia 10 III comes with a 6-inch FHD OLED display featuring a 21:9 widescreen aspect ratio. The wide aspect ratio is great for multitasking and using two apps simultaneously or watching videos in landscape mode. It has a notch-less design, which means that the front camera is placed on the bezel, and there’s no notch interfering with the screen.

The design of the phone is quite compact, suiting one-handed operations. There’s Gorilla Glass 6 protection on the front and rear of the phone. It also features IP65/IP68 rating for water and dust resistance. The Xperia 10 III weighs 169g and measures 68mm (2.7in), lower than its predecessor.

The latest Qualcomm Snapdragon 690 5G chipset powers the smartphone with 5G support. There is 6GB of RAM onboard alongside 128GB of expandable storage. A 4,500mAh battery backs the smartphone that should keep up with the 5G power requirements. It supports 30W charging speeds, aligning with other flagships in the segment. The phone runs Android 11 out-of-the-box.

The phone features a triple camera setup with a 12MP primary camera (f/1.8 aperture), an 8MP ultra-wide sensor, and an 8MP 2x telephoto lens. There is an 8MP selfie snapper on the front. The rear camera setup comes with an ‘animal detection’ feature that identifies our feline friends like cats or dogs in a frame and tweaks settings to diminish blur while the user tries to snap them on the move.

The Xperia 10 III will cost €429 (~$518). It will be up for sale black, blue, pink, white color options. The phone is already up for pre-ordering in Europe. As for the US, the availability details are still not revealed. If you’re based out of the US or Europe, go to Sony’s official website to know about the phone’s availability in your region.

With its specs and pricing, the Xperia 10 III would rival other mid-range 5G phones like Motorola One 5G and Oppo Find X2 Lite.

What’s your take on the Xperia 10 III? Do you think it will be a hit in Europe and the US? Share your thoughts in the comments.