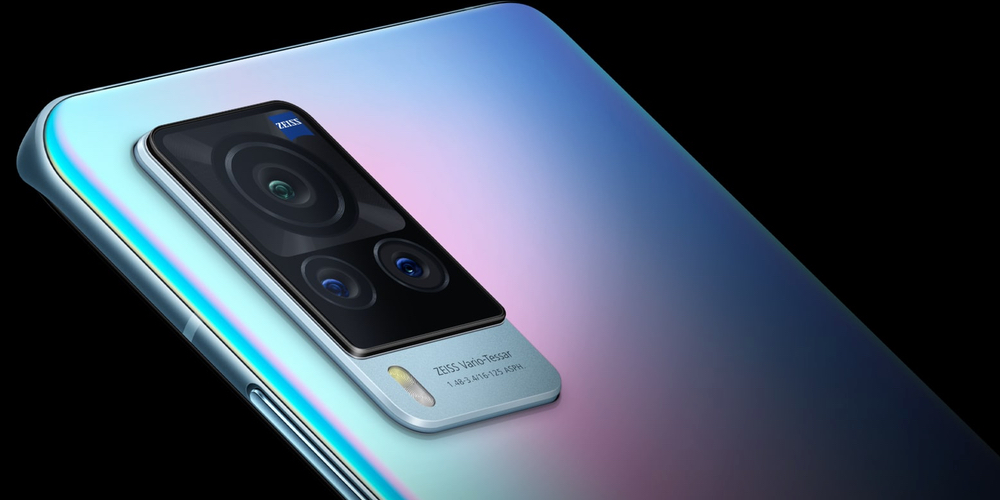 Intrinsically, the Vivo X60 and X60 Pro are your token mid-rangers with a slew of high-end specs, including a Snapdragon 870 chipset, while the X60 Pro+ is the ultimate flagship with Zeiss branding for cameras. With the X60 Pro+, Vivo challenges the OnePlus 9 Pro that comes with Hasselblad branding. The Vivo X60 Pro+ has launched in India but not the other markets.

The X60 Pro+ comes with a 6.56-inch full-HD+ AMOLED display with a refresh rate of 120Hz and a 240Hz touch sampling rate. It runs Android 11-based Funtouch OS 11.1 out-of-the-box. A Qualcomm Snapdragon 888 chipset powers the device with 12GB of RAM and 256GB of internal storage.

The USP of this phone is its Zeiss-branded camera setup. The 50MP ISOCELL GN1 lens on the phone is the same lens expected to feature on Xiaomi’s upcoming Mi 11 Ultra smartphone. Samsung boasts the ISOCELL sensor as the one aimed at “elevated light sensitivity for stellar low-light photos and DSLR-level auto-focus speeds, optimized for more dynamic picture-taking experiences”, with these specs, the phone rivals OnePlus’s recent 9 Pro.

The X60 Pro+ supports 5G, dual-band Wi-Fi, Bluetooth 5.2, GPS, NFC, Bluetooth 5.2, and a USB Type-C port on the connectivity front. It has an in-display fingerprint scanner and a 4,200mAh battery with support for 55W FlashCharge fast charging.

The X60 Pro is like the X60 Pro+ with the same screen protection featuring Schott Xensation at the front of the display and Corning Gorilla Glass 6 protection on the back. A Snapdragon 870 SoC powers this device with up to 12GB of RAM and 256GB of internal storage.

It has a Zeiss-branded quad-camera setup on the rear featuring a 48MP Sony IMX 598 sensor with OIS and Gimbal stabilization, a 13MP lens for wide-angle shots, and a 13MP lens for portrait shots. There is a 32MP sensor on the front with an f/2.45 aperture.

The Vivo X60 packs a 6.56-inch FHD AMOLED screen featuring a 120Hz refresh rate. Under the hood, the phone has 8GB of RAM and 128GB of internal storage. A 4,300mAh battery backs the device with support for 33W fast-charging.

On the rear, the phone boasts a Zeiss-branded triple-camera setup featuring a 48MP Sony IMX 598 sensor without gimbal stablization, a 13MP lens for wide-angle shots, and a 13MP lens for portrait shots. There is a 32MP sensor on the front with an f/2.45 aperture.

The Vivo X60 and X60 Pro have gone global today and are now up for sale in India, Indonesia, the UAE, and the UK. They will soon go on sale in other regions, including APAC, Europe, and the Middle East. The Vivo X60 is priced around $578, while the X60 Pro is priced around $688. Both the phones will be up for grab in Shimmer Blue and Midnight Black color options.

The Vivo X60 Pro+ is priced around $963. It will be available in the Emperor Blue color option. The pre-booking for all the phones starts on April 2.