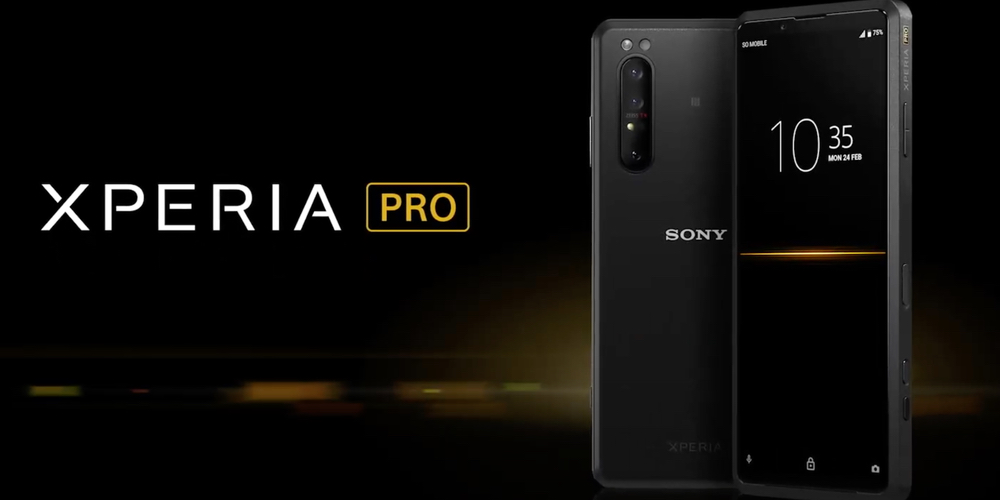 Sony’s presence in the smartphone market is not something to be proud of for the brand. The company is great at many things, but somehow it failed to keep up with the latest smartphone trends and kept trailing the old trends. As a result, the company had to discontinue its smartphones in one of the important markets like India because there were no takers.

Today, the company launched a new phone in the US, called the Xperia Pro. And it looks like Sony still has a long way to go.

We mean, come on! What’s wrong with Sony? Apple and Samsung – the brands with a substantial fan base – none of their flagships with the most premium features even come close to that kind of price tag. One can go and buy two Samsung Galaxy S21 phones at that price.

You must be thinking that Sony must be offering specs that trump every other flagship at such a price tag, right? Well, you are in for some major disappointment. Sony offers you last year’s Snapdragon 865 processor on the Xperia Pro instead of the latest and more powerful Snapdragon 888 chipset.

We know that the SD865 is an arguably powerful chipset. Still, at a price tag of $2,500, one cannot settle on getting that when the latest Snapdragon model is already headlining flagships like the Samsung Galaxy S21 series and Xiaomi Mi 11.

On the software front, the Xperia Pro runs Android 10 out-of-the-box, which is another disappointment. Android 11 has been out for more than five months.

The phone also has a 3.5mm audio jack, an IP68 rating for water/dust resistance, and a dedicated physical button for a customizable shortcut.

Sony Thinks This Feature Makes It Worth The Money

Perhaps, the USP of the Xperia Pro is that it comes with HDMI support through a Type-D connection. The connectivity enables users to use the Xperia Pro to monitor their DSLR camera, which works as a better and more accurate viewfinder for photos and videos.

The phone can also be used as a livestream source for video content captured via a connected camera, which helps in setting a premium broadcast. With the HDMI support, the phone also enables faster media transfer or sharing.

Another feature that’s one of the saving grace for Xperia Pro is its 5G support. The phone supports both sub-6GHz and mmWave standards. Sony claims that it has ‘fine-tuned’ the mmWave standard with Verizon’s telecom network.

But is the HDMI support enough for making the Xperia Pro worth $2,500? We think not. There are already some dongles available on the market that can bring the functionality to any phone. Not just that, one can also get a dedicated camera monitor for under $500.

Oh! and did we tell you that Sony is not providing the HDMI micro connector cable with the phone packaging. It is to be purchased separately.

To conclude, we think Sony is living in a make-believe world and seems to have lost the plot with the pricing. At best, we believe this phone deserved to be priced under $1000.

The $2,500 price tag looks more than overkill by the brand. At that price tag, a buyer can get the top-end variant of the iPhone 12 and still have some left to buy a mid-range smartphone.

What’s your take on Sony Xperia Pro? Share your thoughts with us in the comments below.