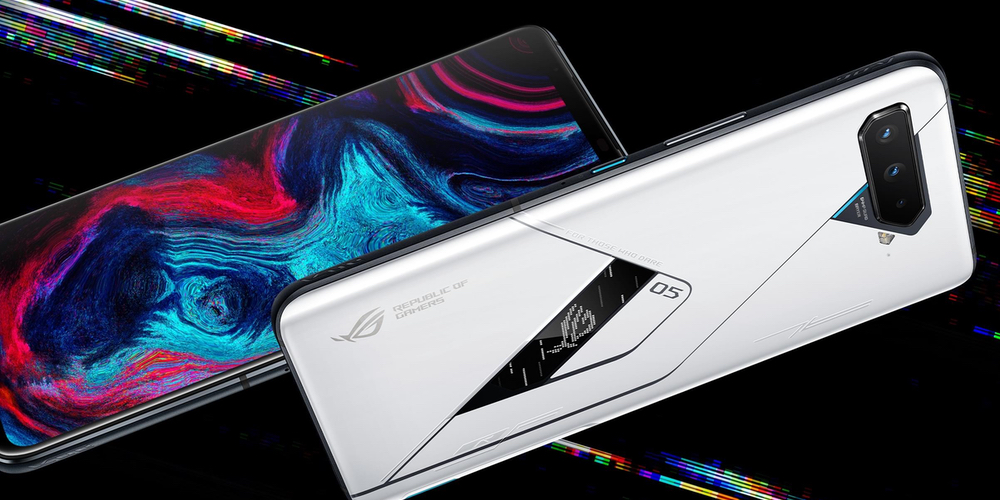 Asus has finally lifted the veil of its shiny new ROG 5 smartphone. Following up neatly with the previous phones in the lineup, we are in for some tremendous features and mighty powerful specs that seem to be a bit of an overkill on a smartphone. Still, hey, it’s a ROG (Republic of Gamers) phone, so nothing less would cut the deal for mobile gamers.

There are not many smartphone brands that put as much weight on gaming phones as Asus. The company has this dedicated lineup of smartphones under the ROG moniker. And all of the smartphones that have debuted under the series have impressed us with their powerful specs. Now, the latest entrant, the ROG Phone 5, sets the ball rolling on the future of smartphone gaming.

Let’s check out what Asus ROG Phone 5 has in store for us!

The ROG Phone 5 doubles the thrust on the gaming needs. The phone has a 6.78 inches FHD+ AMOLED display featuring an impressive 144Hz refresh rate and a 20.4:9 aspect ratio. With that kind of display, one can imagine how easily it will handle sophisticated gaming graphics. Under the hood, the phone packs a Qualcomm Snapdragon 888 chipset paired with up to 12GB of RAM and 128GB/256GB of internal storage, depending upon the variant one goes for.

The ROG Phone 5 has a 64MP+13MP+5MP triple camera setup on the rear and a 24MP selfie snapper out at the front for optics. The rear cameras support 8K and 4K video recording.

Supporting the gaming and multimedia needs, the phone has front-facing stereo speakers. Software needs are met by Android 11 out-of-the-box. Users get two options here for UI; they can choose between ZenUI or ROG UI. Both the UIs are made for suiting gamers’ needs.

Interestingly, a small OLED display on the back panel lights up for new messages and during intense gaming sessions. We think the rear display gives a designer edge to the phone.

A massive 6,000mAh battery backs the device; it is a dual battery setup with 65W fast-charging. The phone gets an in-display fingerprint scanner for biometric security.

This Phone Is Made For Gamers!

Primarily a gaming-centric phone, the Asus ROG Phone 5 packs some serious punch for gamers. There are plenty of features that will attract mobile gaming enthusiasts. The phone comes with touch-sensitive shoulder buttons known as “AirTriggers,” making it easier for gamers to navigate through games as easily as they do on a console. Depending on the models, these buttons increase in numbers. More buttons mean more control over the gameplay.

The ASUS ROG Phone 5 will hit the sales shelves starting this month. The company is yet to reveal the pricing and availability for the US.