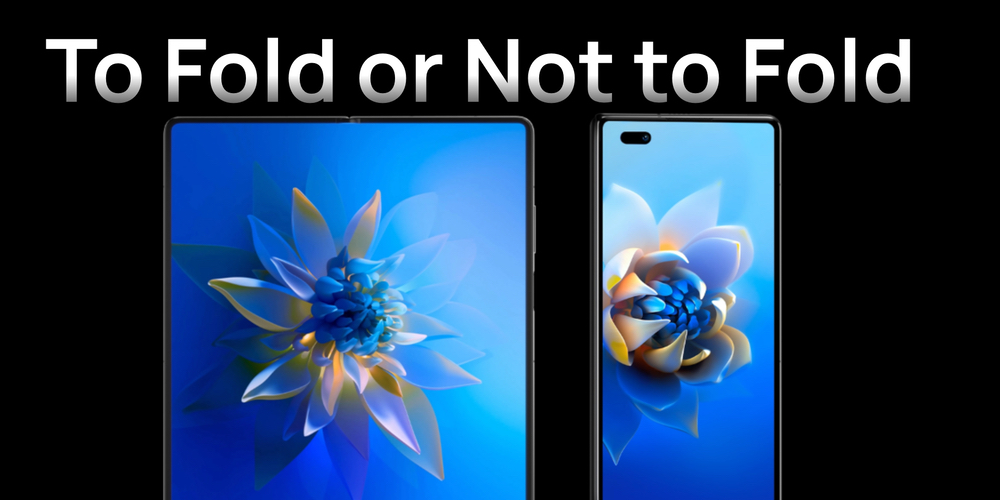 After a tough battle with Google and losing its right to Google’s services, Huawei seems to be rising from ashes like Fawkes in Harry Potter movies (check this video for reference!). The latest foldable phone is the follow-up to Huawei’s previous foldables, the Mate X and Mate XS, with out-folding designs. The brand new flagship is called the Mate X2 and it is out to rival Samsung’s Galaxy Z Fold 2. Let’s check out what Huawei is offering with the new device.

The Huawei Mate X2 adopts Samsung’s in-folding mechanism. The phone features an 8-inch primary OLED screen with 2480×2200 pixels resolution that folds like a book. After folding the Mate X2, you get a separate outer OLED display with 2700×1160 pixels resolution and an aspect ratio of 21:9.

As you can gauge from the GIF above,, the inner display is what you get when you unfold the device to have a larger screen, while the external display brings the standard screen size as you fold the device and lets you use it as a regular smartphone.

For both the displays, you get a refresh rate of 90Hz, which is lower than the refresh rate one gets on Galaxy Z Fold’s primary screen. But that kind of works in Mate X2’s favor as users get a uniform refresh rate on the device.

The Mate X2 comes with flagship-level specs, including a Kirin 9000 chipset at heart along with 8GB of RAM and 256GB/512GB internal storage further expandable via Nano Memory Card. Under the hood, a 4,500mAh battery powers the flagship with support for 55W wired charging. Interestingly, the phone seems to lack wireless charging support.

As expected, Huawei has given its best to the cameras onboard. The Mate X2 comes with a quad-camera setup on the rear with a 50MP RYYB primary camera with Optical Image Stabilization (OIS), a 16MP ultra-wide lens, a 12MP 3x telephoto lens with OIS, and an 8MP 10x periscope zoom camera with OIS. On the front, the phone gets a 16MP selfie camera housed in a punch-hole on top of the screen.

Since the front camera is housed in a punch-hole, users would only be able to click selfies or record videos while the phone is in the folded state. Although it takes away the ease of clicking selfies in any state folded/unfolded, we do get a whole widescreen when we unfold that’s free from any punch-hole. It gives a better viewing experience on the large screen.

On the software side of things, we get Android 10-based EMUI 11 out-of-the-box. Without Google support, Huawei Mate X2 won’t support Google apps like the Play Store; other apps that rely on Google apps like Maps won’t work on the phone, such as Uber. The lack of Google support is a bummer for potential buyers outside of Asia.

And unlike other flagship makers like Samsung, Huawei has not followed the trend of snatching the charger. One gets a charger in-the-box with the Huawei Mate X2. The phone comes with connectivity support for WiFi 6, Bluetooth 5.2, an IR blaster, USB Type-C, and NFC. The foldable phone houses a fingerprint scanner (side-mounted).

Huawei claims that it will be upgrading the Mate X2 to its homegrown OS, Harmony OS, later this spring. Amid all the phone availability issues outside China, we see a tough battle for Huawei to make this one a big hit.

What’s your take on the Huawei Mate X2? Do you think it stands a chance on the market? Share your thoughts with us in the comments.